DIGITAL REVIEW — Jean-Marie Leclair (1697-1764) is not known for his operas. In fact, Scylla et Glaucus, which he wrote at age 49, seems to be his only one. The orchestra and choir of Il Giardino d’Amore, directed by Stefan Plewniak, have polished up this hidden gem to a high sheen in their new recording for the Château de Versailles Spectacles label.

During his successful career as music director for Parisian patrons as high up as King Louis XV, Leclair’s claim to fame was his innovative violin music and method (a precursor to the so-called French Violin School, which really got rolling with G.B. Viotti in the 1780s). It’s fitting that Plewniak is himself a violinist; he seems to have inspired his bowed-string players to push themselves in both technique and expressiveness.

When it premiered in 1746, Scylla et Glaucus was kind of a throwback, using the tragédie lyrique genre that was already on its way out of fashion. The people of Paris were apparently tired of sad stories, but Leclair was unabashed. He and his librettist, identified merely as d’Albaret, didn’t even take the common way out and alter the ending to save Scylla, who is doomed in their source material, Ovid’s Metamorphoses. D’Albaret doesn’t seem to have written any other librettos or poetry, although he did provide a lengthy introductory essay that shows he had significant knowledge of classical mythology.

As is often true of ancient Greek stories told in opera, the plot is complicated in detail but simple in message. We get a clear warning in the Prologue, when Venus turns to stone all those who don’t believe she’s a goddess: Love is a powerful, terrifying force in this opera.

The main story involves the nymph Scylla, who refuses to take a lover. Glaucus, obsessed with her, asks the goddess Circe for a love spell. But Circe is in love with Glaucus herself, so she secretly tweaks the magic in her own favor. After a period of bewitchment, Glaucus finally snaps out of it. When he escapes, Circe is furious. Meanwhile, Scylla has finally fallen for Glaucus. Jealous, Circe asks the Moon to bring her the most horrible of poisons, with which she turns Scylla into stone.

Plewniak and Il Giardino d’Amore immediately establish their credentials as ambassadors of 17th-century French opera. The Ouverture is written in the style of Lully; the ensemble’s string players turn the majestic dotted-rhythm opening, typical of the form, into the most intricate lace with their ornamentation of melody, rhythm, and texture. The second section is taken at a frightening clip, but the violinists hang on bravely, showing off the wild, high-speed spiccato-like motions demanded by Leclair.

The 14-person choir of Il Giardino d’Amore is not quite the vocal equivalent of the ensemble’s virtuosic orchestra. Its sound is sometimes unfocused, almost sluggish, although its intonation is always beyond reproach. As part of the whole, this chorus serves reasonably well, and there are passages, like the “Chorus of the Shepherds and Sylvans” in Act I, when the energy of the chorus does nearly match the orchestra’s bright articulation. Leclair wrote well for choir, and it’s a shame he didn’t do more of it.

Soprano Chiara Skerath, as Scylla, understands how her complicated character has both a girlish innocence and an awareness of her own power over men. Skerath uses slides, microtonal shifts, and changes in vocal texture to illustrate Scylla’s unpredictability. As poor Glaucus, whose heart gets tossed around every which way, countertenor Mathias Vidal is a study in exquisite agony. His tone has a delicacy that exposes his character’s endless longing, but also his hope. Soprano Florie Valiquette plays Circe with a dark sadness. Her Act III finale, “Tout fuit, tout deparaît” (All have fled, all have disappeared) hurtles believably from fury to depression and back.

Beyond the skilled vocal writing, this opera also offers many instrumental treats. The orchestra couldn’t function without the relentless hard work of harpsichordists Ronan Khalil and Ewa Mrowca-Kościukiewicz, who are called on alternately to pound the beat and embroider ornate passagework. Trumpeters Lubomir Jarosz and Jacek Jurkowski practically conjure up King Louis with their majestic fanfares. Another fun aspect is the use of percussion (Wojciech Lubertowicz), including skin drums that complement the high-frequency strum of the harpsichord and the high-friction chatter of the violin bows. There are shepherd’s pipes, too, yodeling out sweet and reedy pastorals, and some charming minuets for oboe and bassoon.

But Leclair was primarily a violin composer, so that’s where the real treasures lie in this composition. As Julien Dubruque says in his helpful essay in the CD booklet, “the vocal music is accompanied in a very original way by violin parts that are no less refined and difficult.” Atypically for French opera of the time, Leclair sets up two separate violin sections. Dubruque explains: “While the second violins double the high voices of the chorus, as per tradition, the first violins play a host of strokes and bariolage.”

Leclair lived to the age of 67. If he had not been murdered by stabbing on the streets of Paris (an assassination thought to have been arranged either by an ex-wife or a nephew), perhaps there would be more examples of his extraordinary violin writing in the service of vocal drama. As it is, we’re lucky to have Scylla et Glaucus to enjoy. 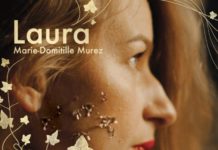